Our involvement in this project started when the we were introduced to the Ettalong Beach War Memorial Club who were at the time looking to find a way to fund a large car-park that was needed for the Club.

Based on my detailed studies and first hand review of successful strata hotels in Europe we suggested that this would be a good approach for the Club to take to gain the required funds.  We were able to demonstrate to the Club and its advisors that this was indeed a viable method of achieving their objectives, being they had such a beautiful site right on the beach. So PTI developed the scheme, assisted to gain Council Approval and before long we realised that not only would we be able to build a car park from the profits from the project, but also, we could fund a whole new licenced Club facility.

So we developed the design to make best use of the available views and to tie the building very strongly to its location and environment by creating an axis between the building and Lion Island that is on the other side of the bay by aligning the centre of the building with the peak of Lion Island. This sets up a drama and communication in terms of how these two dominant peaked forms relate and “communicate” across the water. This also services to link the building very closely to its context and natural environment and to setup spectacular views from the apartments to the bay and beyond.

The sales and marketing of the apartments went well, so to then secure the finance and undertake the works the Club entered a joint venture with developer and builder Multiplex through their Development and Construction division. After some thirteen years of intensive work the project became a reality, with a new 236 apartment resort and 6,000 sqm licensed Club opening for trading.

The hotel has become an established destination for the Sydney leisure and conference markets, and the Club continues to be popular and successful in servicing the local community and as a Central Facilities for the hotel.

For more information on this property please see their website. 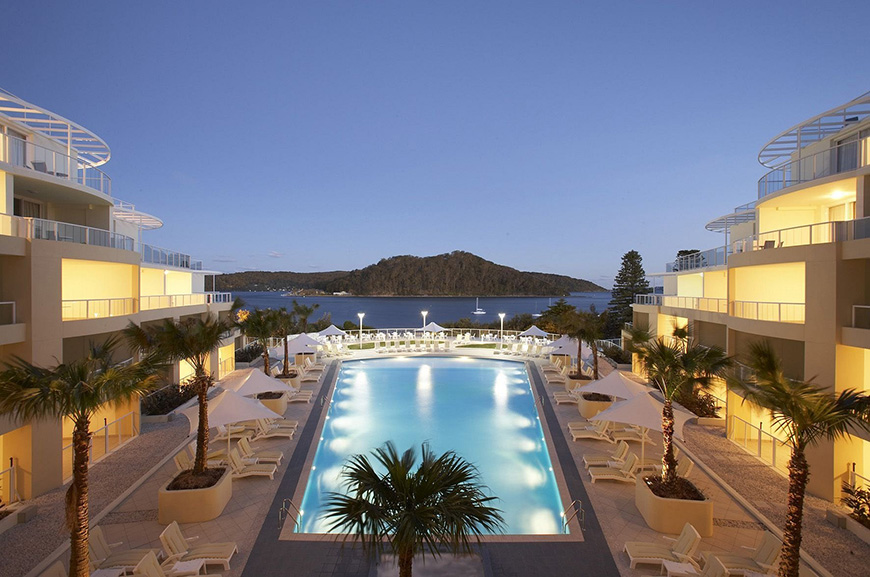 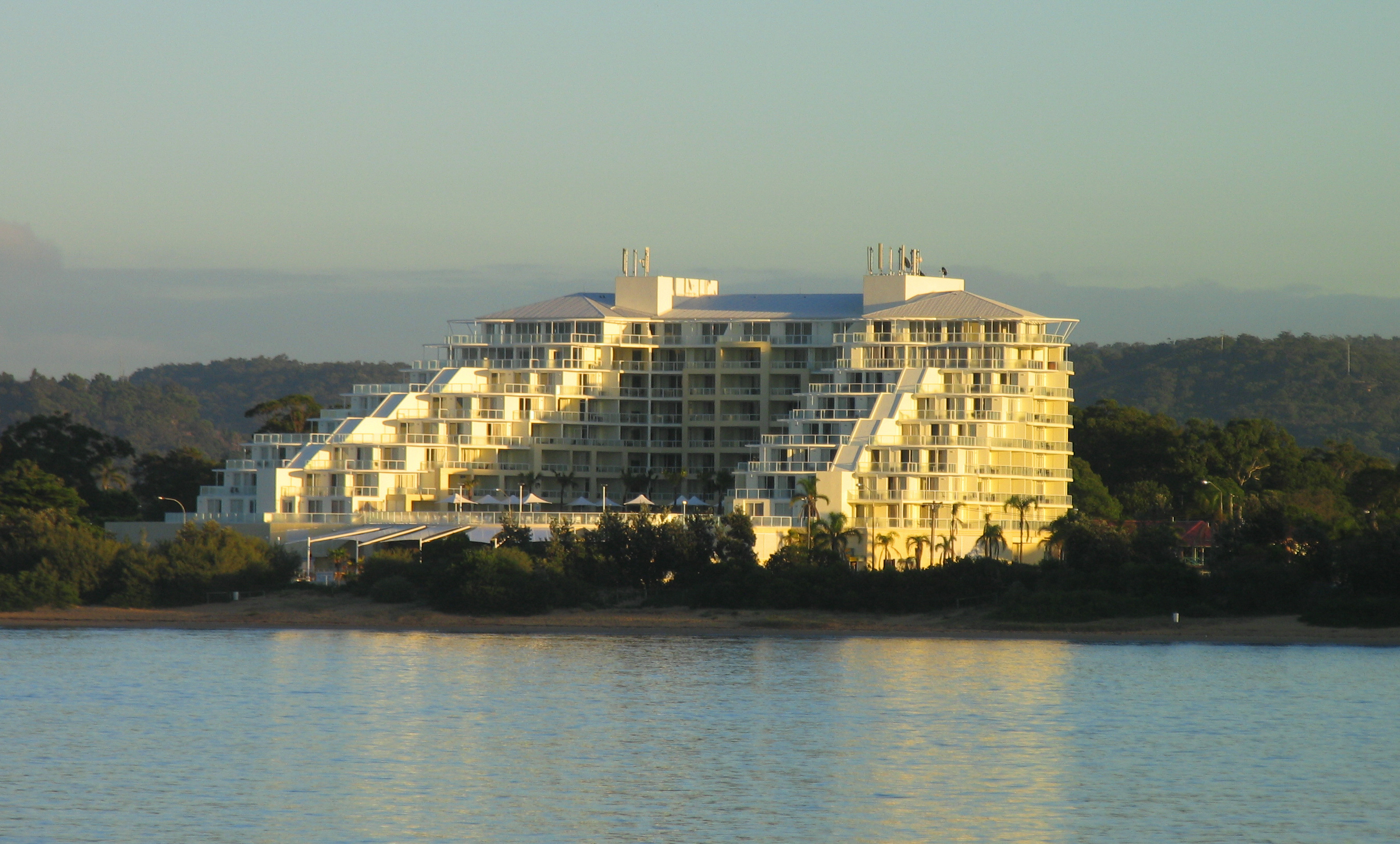 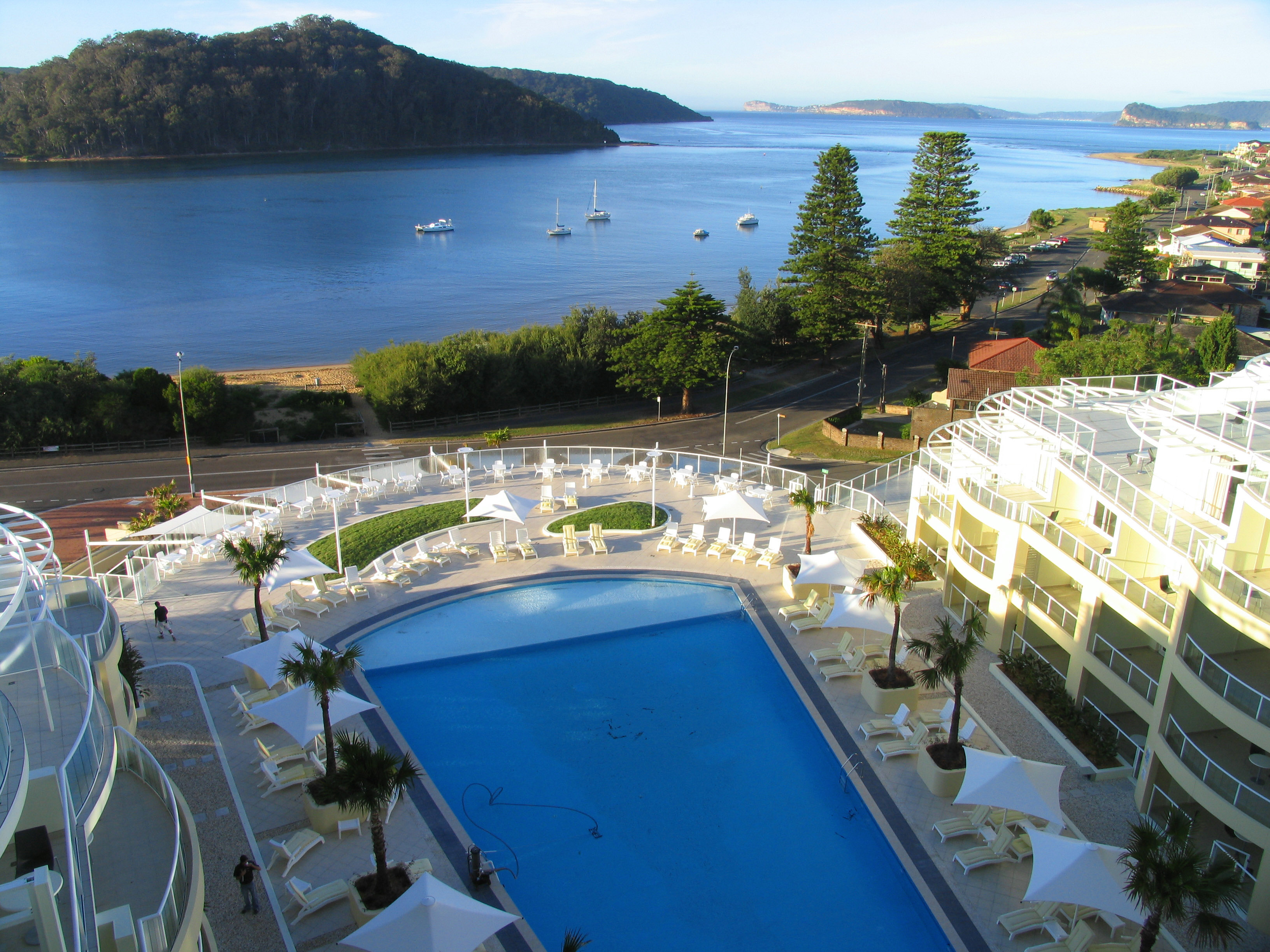